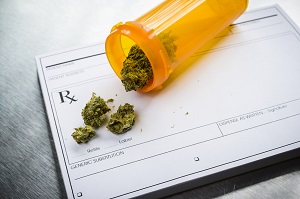 Along with the many regulations placed upon all who produce, buy and sell medical marijuana, there are also regulations in place to protect them as well. As of August 2016, a landlord cannot evict a resident purely on the basis of medical cannabis use. However, there are no restrictions prohibiting employers from conducting random drug testing or refusing to hire an applicant with a valid medical marijuana prescription.

In a recent article by the Honolulu Star Advertiser, Torkildson Katz Director John Knorek was quoted regarding drug testing in the workplace. "To the extent that marijuana is illegal under federal law, employers who want to prohibit employees from reporting to work with detectable levels in their system could do so, and basically not hire someone or terminate someone," he said. Some employers are concerned about what effects the drug would have on their employees while at work.

Though drug testing, when done correctly, can detect the presence of cannabis in a person's system, there is no test currently available that can determine when the substance was last consumed, and as such an employer cannot adequately ascertain the current state of consciousness of the employee or whether they are fit to work.

Medical Marijuana is a Schedule 1 Substance

In accordance with Federal law, marijuana is still a Schedule 1 controlled substance. This means that the drug cannot be manufactured, distributed or possessed by an individual or a company, not without facing federal criminal charges. While possession of medical or recreational marijuana is still a federal crime, Hawaii state law permits medical marijuana only for those who have a legal prescription from a certified doctor.

To qualify as a Schedule 1 substance, the drug in question must not currently have any accepted medical use and must have a high potential for abuse. Other drugs classified as Schedule 1 are heroin, cocaine, ecstasy, LSD and peyote. Though many state laws regarding marijuana are changing, the federal law still remains on the books

Because of the discrepancies between federal and state laws, many employers remain reluctant to hire employees who use marijuana for medicinal purposes. As the law stands, employers in Hawaii are legally permitted to require a drug test for all incoming employees and can, if they deem necessary, terminate an employee on the grounds of medical marijuana use.

There have been studies over the years regarding the potential risks and benefits of medical marijuana, yet the research is still relatively new and the results of those studies are too mixed to determine if the benefits outweigh the risks. As with the many laws in place, studies regarding medical marijuana include only those for whom cannabis is medically necessary and who have a valid prescription. Neither the law nor the research considered those who are using the drug for recreational use.